Welcome to yet another edition of the Pizza Files, in which an intrepid young adventurer -- yours truly (me) -- travels all over the place and chronicles his noteworthy pizza experiences.  I am glad to have you back.  Please have a seat, and I'll have my butler bring you a ginger ale.

Yesterday, a rather cold day, the first day of December, I headed into the Brooklyn territories so that I might try Williamsburg Pizza, a new establishment that has been written about in the great, most important food website of our time, Serious Eats. Ed Levine, who basically runs a cult over there at Serious Eats, describes Williamsburg Pizza as having an extremely solid "old-school" New York City slice.  As mentioned exhaustively in these chronicles, I've become rather tired of all the Naples-style pizza and have been much more into Americanized versions of pizza, so I was curious to try.

Williamsburg Pizza is located in a more remote section of Williamsburg, yet hipsters abound, and while seated inside I counted at least 20 young men with the most absurd facial hair displays I have ever seen.  And don't worry, their pants were tight, their shirts checkered, and glasses rimmed and plastic.

Williamsburg Pizza certainly begs comparison to Best Pizza, also in Williamsburg, also hipsterish.  The basic premise, although I'm sure Serious Eats would be happy to further break it down  in excruciatingly boring and pointless detail, is that white, American young men, possibly from prosperous-enough families but in the very least in a way which appeals to people from prosperous backgrounds, who choose to shun more mainstream New York City yuppie circles, create pizza places that pay homage to the idea of the classic slice places that may or may not have existed in New York in earlier parts of the 20th century up through, say, the 70s. As mentioned, there are differences between Williamsburg and Best, but this seems to be the idea behind them both.

Indeed, for all of the talk of great pizza in New York, and there certainly is a lot of it, there is probably more mediocre pizza than good pizza here.  Really good slice places are hard to come by.  Williamsburg Pizza, like Best, is a good slice place with a hipsterish sensibility.

The classic New York City slice I had at Williamsburg was good, although I made the mistake of allowing them to reheat the slice.  It looked fresh enough and I should have just eaten as is (I've mentioned before that a reheated slice at a slice place is generally problematic).  Still, the slice was of obvious quality and I think would have been really good fresh or fresh enough and not reheated.

I also had a square, grandma-like slice with smoked mozzarella, caramelized onions, and pancetta.  The smokey, creamy cheese with an ever so slightly sour funk, with the rich onions and savory pancetta, was a symphony of flavors that Beethoven would have aspired to.  Actually, no, it wasn't that good, but it was indeed good.  But just not that good.  But please, don't think I'm not saying it wasn't good, it was, just not that good.  But definitely good.

There was a fine soda selection, something which certainly appeals to young, educated people who think they're cool because they drink artisinal root beer.  I had a Mexican Coke, a clear signifier that I'm awesome, abhor high fructose corn syrup, and am generally tolerant as I have no problem drinking a beverage associated with a country like Mexico (interpret the "like" before Mexico as you will).

So yes, dear friends, Williamsburg Pizza was enjoyable, a fine place, pleasant inside, etc. etc.  After, I walked from Brooklyn to the Upper East Side, crossing the Williamsburg Bridge, feeling the pains of a compressed bladder yet somehow deciding not to stop to relieve myself until the level of discomfort was quite high.  I ended up running into Grand Central, doing my business there, and later found myself at Jones Wood Foundry, a British-style pub which is one of the best bars in New York I have ever been to.  Adventure, my friends, adventure. 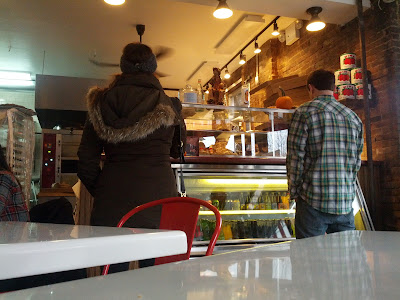 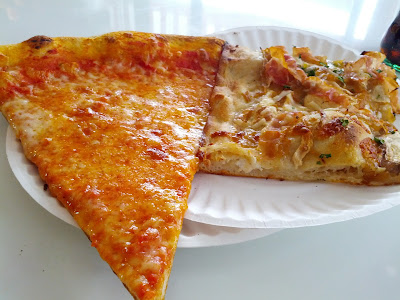 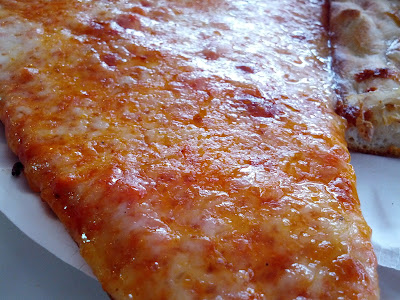 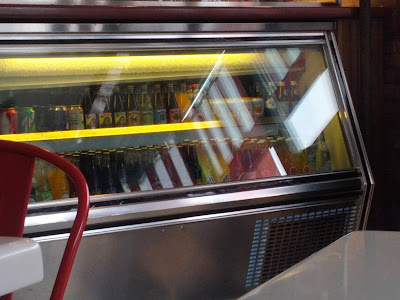