A Farewell to Tacos

In the gray coldness of an early November day, he ascended from out of the station and walked.  He walked east to meet a friend at Mexicocina, of which he had read and of which he had wanted to go, hearing it was good.

Walking not as far as he thought he needed, he arrived, but his friend was not there and so he stood waiting, the sounds of hip hop beats filling the cold, metallic air.  A man, plump and with red cheeks, smoked cigarettes and said "today is a fine day for tacos."

He waited and then received a message sent through text.  "I will be 20 minutes late" the message read.  He leaned against a parking meter and waited.

Another message through text came.  "The trains are not running properly I will be 40 minutes late."

He looked into the sky and its vastness and felt very cold inside, colder than the November cold.

Then, sometime later, a new message: "I am here - where are you?"

He looked but he could not see his friend.  Then, his cellular rang, and it was his friend.

And then he realized he was not there but at 444 East 149th Street.

And so he walked, thinking how funny that he and his friend went to separate locations. When he arrived, his friend, smiling, greeted him.

"What funny luck" the friend said.

"We each went to separate locations.  But this is the right location.  This is the one mentioned in the article of the newspaper you sent me."

They went in and it was warm and there were many purples and blues and greens on the walls, and it smelled of toasted masa, and a family ate tacos, and they sat in a vacant corner. It was very warm and toasty inside.  A waitress, a young girl, with raven eyes and hair of darkness, came.

"I will have a Mexican coke," he said.

When she returned, she took their order.

"We will have steak with peppers, and a quesadilla with fungus, and tacos, ones with chorizo and ones with pork."

She smiled at the one with Mexican coke and left.

"I think she likes you," said the friend.

But she was beautiful and it was true, she smiled at him still, from across the room.  And then the hate in his friend's eyes swelled and he could see it.  The girl returned with the food, which was flavorful, and he soaked up the sauce with tortillas and said it was very good.

And then a cry filled the room, and they looked, and a piece of the ceiling had caved in and crushed the girl, and she was dead, her dark eyes looking up. 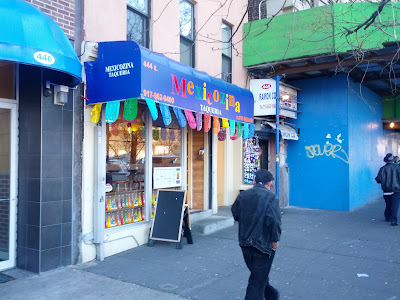 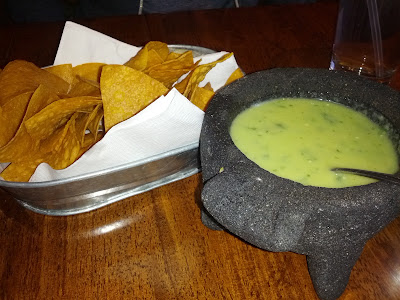 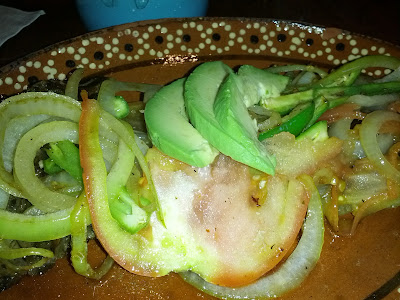 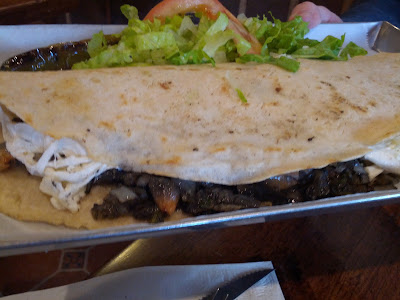