Last June word began to spread that Dairy Queen was planning to open 3 or 4 stores in New York City by the end of the year.  Sadly, none have yet opened, but, in a way, this is not a bad thing, for it necessitates adventures to New Jersey.

It was a stunningly beautiful fall Sunday, and me and my friends Dr. Aziz and Lance Armstrong decided to go for a ride to DQ.  As we cruised up the Hudson Parkway listening to the beats of Kanye West, we felt like the luckiest men alive.  Generally it is quite bittersweet leaving my beloved New York, but when it is in the service of the Queen, well then, it is a different matter.

The Dairy Queen we found was a true roadside classic: a little stand off the road serving malts, Blizzards, sundaes, and, of course, my beloved Peanut Buster Parfait.

I'm not going to lie, it wasn't the greatest Peanut Buster I've ever had.  My guess is that the peanuts they used were at the bottom of the package, and therefore were rather salty and mixed with plenty of skins.  Still, it was a great cream, although a tad less than ideal.

After, we did what only reasonable people can do when visiting the suburbs: we went to Target.  I myself purchased a long-sleeved thermal crewneck shirt.  I was also considering purchasing a jacket, but the medium was too snug and the large was too full.  I could not find the sweet spot, as it were. 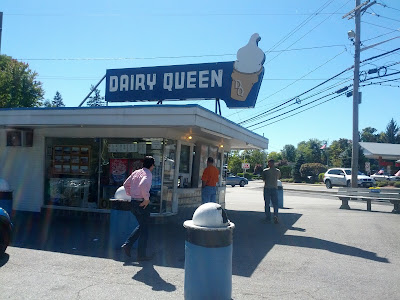 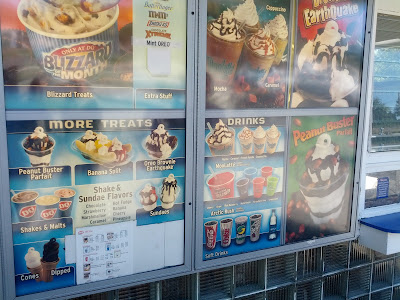 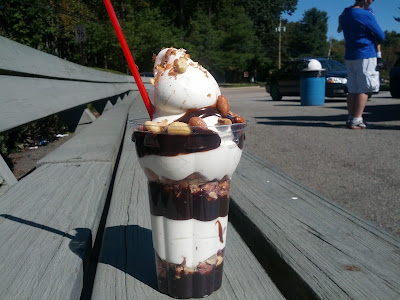 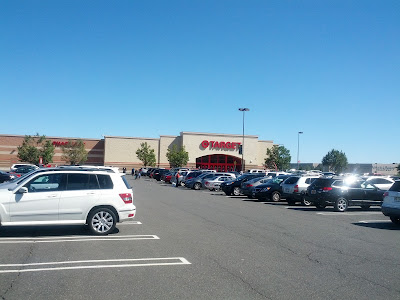