Dispatches from the Front

Do you ever wake up and just know you are going to butcher some fine chocolates that day? Yes, me too.

Yesterday, Saturday, was such a day, and so I decided to go to Neuhaus, a Belgian chocolate shop which claims to have invented the praline (in European circles, a praline is a chocolate with various fillings).

I got several chocolates, and the nice lady at the counter even let me sample one; however, she furtively glanced around the shop -- seemingly to make sure no other associates were watching -- before handing me the fine concoction.

Friends, I don't usually go searching for chocolates while on my little adventures, but this trip was well worth it.  I had various morsels filled with hazelnut and almond creams.  Also, on my trek over I passed an interesting building which had little men posted at the gates.

As I left, some sinister-looking men walked in as I walked out, and I took a few steps before realizing what was happening.  I turned around and could see that inside the men were apprehending the counter lady.  I attempted to gain entry back into the store, but the door had been locked.  I drew my pistol and was about to fire into the glass when I felt a hard thud and then all went black.

I later woke up in Central Park with a headache much worse than even the one I experienced in Tiujana after drinking 2 bottles of whiskey with a luchador named El Cisco.  I ran back to the store but the counter lady was gone, and when I demanded to know what happened, the new counter lady threatened to call the police.  I decided it was not the time for a confrontation, but as god is my witness, I will avenge my noble chocolate friend! 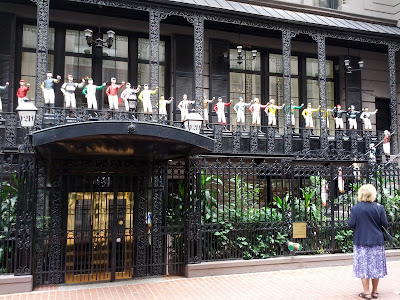 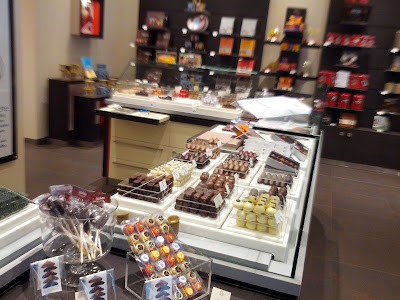 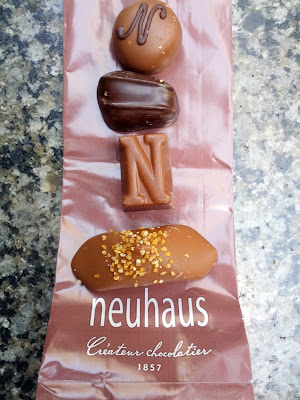 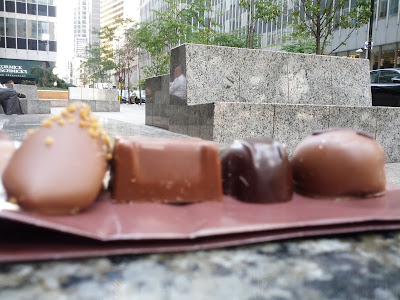 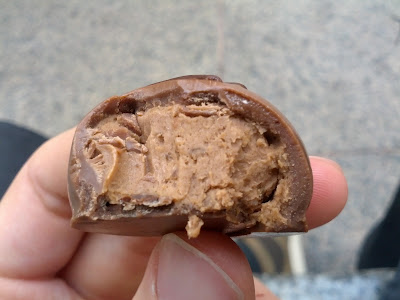