It was a pleasant Friday evening, and as I placed my helmet on my head I looked upon Traveler and smiled.  "We've been through a lot, old friend," I said.  "So many adventures."

That evening we rode down the West Side path, the glistening Hudson shining a thousand sparkles, and as we continued, a darkness moved in from the west.  We took a short break at Battery Park City before the final push onto the Lower East Side to dine at Yunnan Kitchen, an establishment I had been meaning to try for many months.  If only I had gone sooner.

Asian food in New York is currently going through some sort of phase, with the rise of Pok Pok, Mission Chinese, and others.  White people have long enjoyed the food of Asia, but have generally left the work of cooking and serving it to those whom originate from the lands from whence the food comes.  This has led to its own issues - for instance, the rise of the Cantonese-American takeout establishment which specialized in MSG and gloppy-sauced staples such as General Tso's chicken (which, to my dying day, I will argue has its place).  There have also been the more "authentic" establishments which serve the regional cooking of China or other parts of Asia in a more direct and less adapted manner.

The turning of the tables has involved American chefs learning of the motherland ingredients, techniques, dishes, and recreating them in rather hipsterish environments for hipsterish clienteles.  One can go to a place in Flushing and enjoy "classic" Sichuan with middle-class Chinese immigrants, or one can go to the Lower East Side and enjoy many Sichuan inspired dishes with cool and relatively attractive natives while drinking artistic cocktails. Both situations have their merits.

Of the hipster variety, Yunnan Kitchen is different only in that the white chef is preparing food from a province in China which has received little attention and which has few progenitors here in the States.  Much of the food press has noted the judicious use of fresh herbs, the mushrooms and unlikely vegetables, the potato balls - whoa, potato balls! - etc, but more than anything, they talk about the unfamiliarity of the cuisine, which to many in the food world is of the utmost importance (if something is unknown and exotic, the consumption increases the street cred of he who eats and writes about it).

I went to Yunnan on that fateful evening expecting a pleasant but rather mild dining experience, judging from the reviews. I quickly locked up Traveler and proudly gazed at his new blue handlebars before crossing the street and meeting my friends, unaware that the dining experience would actually exceed my expectations. Yes, the place is a little hipsterish, but I didn't feel like a complete idiot being there, either.  And indeed, the food was fresh, clean, and tasty, yet also understated.  Yes, perhaps not as powerful as Chinese food from other regions, but scrumptious nonetheless in its own way.

The menu is simple and well-organized - a refreshing change from some of the authentic Asian eateries whose menus are biblical in scale.  Cold, hot, shao kao (skewers), and rice and noodles are the sections.  I did not have any skewers, but I did consume dishes from all other categories.

From the cold section, I had the tofu ribbon salad, the tofu ribbons more like an odd noodles with a faint chile and Sichuan pepporcorn taste in the background, mint and cilantro in the foreground.  From the hot, the pork belly was crisp and when dragged through a spice mixture which also must have had Sichuan pepporcorn, quite tasty. The potato balls were as crispy on the outside, creamy on the inside, as I had read about, and who would have thought potato went well with soy? Crispy whole shrimp was well-seasoned and fragrant.  From the last category, cold noodles were like a slightly sweeter dan-dan noodle, and very similar to the noodle I recently had at Yun Nan Flavor Snack in Sunset Park, Brooklyn (which is apparently one of the only, if not only, other Yunnan place in New York). The fried rice with Chinese sausage and the infamous mushrooms was clean and comforting.

As some of the reviews seemed to insinuate, there was nothing that was quite an orgasmic knock-out, but every dish was simple and true.  And perhaps not every meal is supposed to be mind-blowing?  Granted, my dear mother could never cook food this good, but in a way Yunnan reminded me of a homey meal by the fire while a dusting of snow falls from the heavens.  I sipped my mild iced tea, adorned with a honey and mint syrup, and relished life.

The evening was not over, though.  My friends and I decided to find dessert, and I asked them to excuse me for just a moment while I retrieved Traveler.  I walked across the street, a cool breeze brushing past my face, a car driving by blocking the way, but then whizzing past to leave an unobstructed view of...nothing.  Traveler was gone, stolen.  I didn't scream, I didn't shout.  I told my friends what happened, and outrage poured from their mouths.  Perhaps we should contact the authorities! Perhaps we should walk the streets and find the thief!

I sighed and said Traveler was gone.  It was not for a lack of love, dear friends, that I resigned myself to his disappearance, but rather from a logical surmising of the available facts.  If there was a chance in god's green earth to get him back, I would have given my very life.  Yet it is not courage or proof of commitment to go on a wild goose chase, but rather pretension.  Indeed the man who risks life and limb for a lost cause does it more out of the need to prove his love, a love he unlikely possesses, anyway.

No, I walked home through the dark night knowing that I had loved, thinking of my last gaze at Traveler, the wisest and best bike I have ever known. 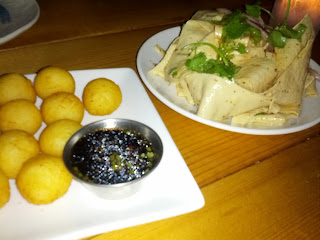 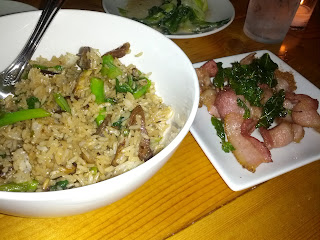 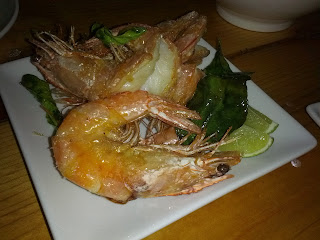 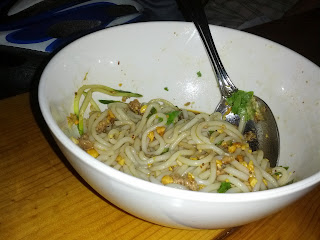 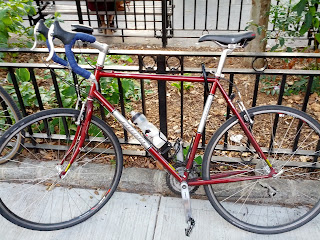