After heading up to Westchester County on an absolutely gorgeous day for pizza, my friends and I decided to take a little drive over the Tappan Zee Bridge and partake in a sundae from a place called Temptation in the lovely town of Nyack. I had not been to Temptation myself, but I had read some good things on Chowhound, although I must say, with a name like Temptation, I was a pinch cynical.

Yet the day was so lovely and my spirits so high that as we approached I grew excited.  You can imagine my disappointment, then, when we arrived to find Temptation closed, due to the birthday of the owner's daughter or some other such nonsense.  Indeed, our hearts were heavy.

My friend took out his smartphone and did some research in the hopes of finding another option, and I heard him mumble something about Chinese and ice cream. Now, I think at first this didn't really register.  The Chinese are known for many things, but not their dessert.  My friend rattled off some more words - something about an old fashioned ice cream parlor.  Still, my brain wasn't processing this information.  How could it?  And to make matters more complicated, the place was called Baumgart's - now when in jimminy cricket did you hear of a place called Baumgart's that served sundaes and Chinese food in a vintage diner setting?

It is too true that the brain can only handle so much, and things so far outside the realm of normal experience often simply fail to take hold.  But friends, I tell you the truth, there is a place called Baumgart's, and indeed it does serve Chinese food and sundaes, all within a sleek, bright, 50s era soda fountain environment.

The menu has classic diner food, in addition to a pan-Asian menu which includes sweet and sour chicken, lo mein, pad thai, etc.  Interestingly, ma po tofu was offered, a classic Sichuan dish usually only found in the most authentic Sichuan restaurants.  Ma po tofu followed by a sundae?  It is difficult to imagine life getting much better.

Full from the pizza, I was only able to order a sundae, and it was a fine enough sundae, although nothing particularly special.  What was special was this idea of mixing Chinese (or pan-Asian) with American soda fountain classics.

When I asked the girl at the counter about the situation, she said the original Baumgart's was in Englewood, New Jersey, where they serve only the typical American stuff.  A Malaysian family later opened one up in Nyack and decided to make some Asian dishes to augment the regular menu.  Upon later inspection of the website, the story seems slightly different/more complicated:

"The unique concept was inspired by an old ice cream parlor in Englewood, New Jersey. Founded in the mid 80's by Steve and Marsha Wu along with their partner Sam Wang, they made what they knew: good Chinese food and kept American comfort food and homemade ice cream on the menu."

In the end, I'm not sure if it really matters how it began.  Further, I am skeptical that the Chinese food is all that good if my sundae was any indication.  Yet what's important is that the idea exists. 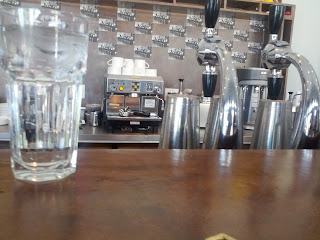 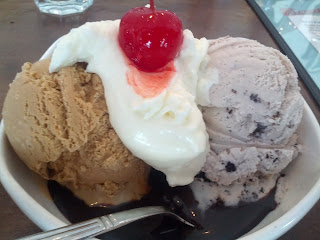 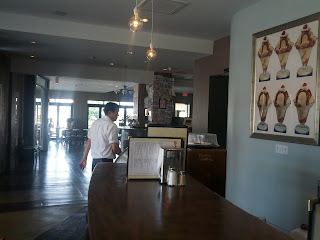