The day was warm and sunny, so the Pale Rider mounted traveler and headed east, to the land of the rising sun, also known as Flushing, Queens.  Now, I know what you might be thinking: he went for some sort of Asian food.  It is true, Flushing is known for its Asian excellence, and indeed, I have chronicled some of this excellence in the past.  But no, not this time.  This time, I sought pizza.

As readers of the Pizza Files well know, I have recently been exasperated with pizza.  I have been yearning for excellent slices, of which there are too few in New York.  In my research I came across a certain Lucia's Pizza, and based on the picture alone I knew it would be a savory slice.  And so I rode.

Lucia's is a thin strip of a place, filled with police officers, locals, Chinese people, etc.  Indeed, it was a touching New York moment to see an older Chinese couple eating slices.  How were these slices?  Excellent.  It's perhaps an understatement to say it's a cheesy pizza - the slices are drowning in a cheesy, greasy pool of flavor and happiness.  Often I do not like pizza this cheesy, yet it was a high quality mozzarella, full of sharp flavor. I am so enamored with this place I can say it easily enters my top 10. 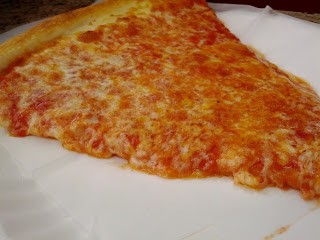 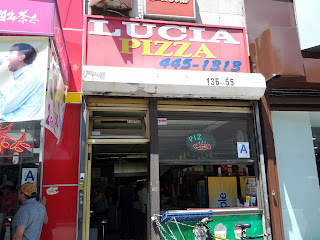 Before heading off to my next adventure, I decided to sample some Chinese.  There is a stall of vendors I've walked past on Main Street countless times, and I've always wanted to try something, so try something I did.  Not one, but two old Chinese women cut in front of me, but such is the price you pay.  I ordered the LoMein, which was fine but extremely unremarkable, save for the price: $1.25 for the largest portion of noodles stuffed into a styrofoam container in world history. 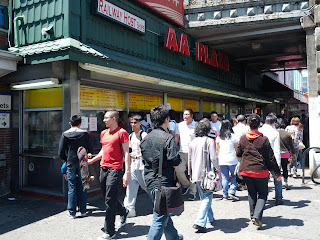 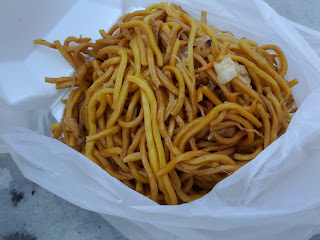 I mounted traveler and continued on my journey, my planned destination being Eddie's Sweet Shop, an historic ice cream parlor located in Forest Hills, Queens. I rode through Flushing Meadows Park, and saw many wondrous things. 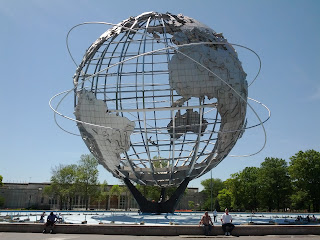 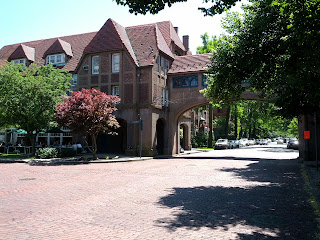 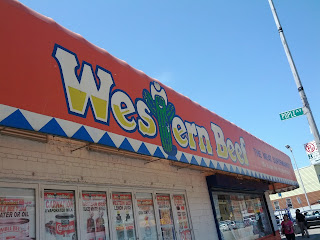 Eddie's Sweet Shop could be called cute, delightful, splendid, quaint, fun, or all of the above.  I ordered a hot fudge sundae with a scoop of vanilla and a scoop of coffee chip.  It was a respectable sundae.  The whipped cream is homemade, and when I asked how they make it, I was told it was a secret. It was a nice enough cream, but not particularly noteworthy in the annals of creams.  I also ordered a Coke, which is made fresh with syrup and seltzer.

As I consumed my sundae at the counter, a couple, probably in their 50s, walked in.  They were dressed in their Sunday best.  The woman went to the restroom, leaving behind a sickening funk of cheap perfume, and the man pathetically hit on the waitress.  Choking on Sears brand perfume, I paid my check and left.  I stood outside checking my Google Map, and the couple departed and went on their way.    "That was seltza, I loved it!" the women said in a New York accent.  Indeed it was seltzer; indeed it was.