I've taken to getting a Stewart's Diet Root Beer every day. It comes in a bottle and feels old-fashioned and tastes delicious. 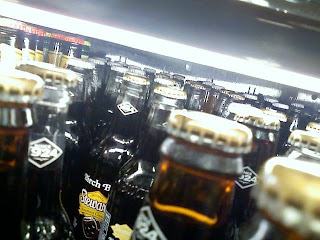 Today at the market there were many Stewart's drinks, including root beer, but the diet root beer was so far back in the freezer/shelf thing that it was impossible to reach. I therefore had to take out bottles, move other ones forward and diagonally, and it became really complicated and I was squatting for like 5 minutes trying to get the bottle I wanted. 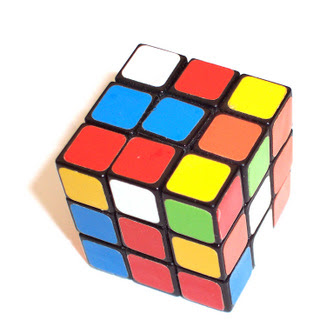 In a way, it was sort of like a Rubik's cube. 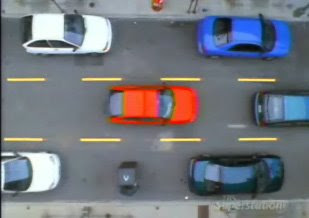 But actually, I was much more reminded of the Seinfeld episode where George re-discovers Frogger, buys it, and while trying to move it across the street finds himself in a real-life game of Frogger!
Newer Post Older Post Home