The Miracles of Diagnostic Radiology

A friend of mine fell off his sister's bed the other week and dislocated his shoulder (yes, that's correct). He went to the ER, they took an X-Ray, noted the dislocation, set it back in place, and then took another X-Ray to follow up. Incidentally, they came across a rather interesting finding, although one that has been on the rise over the past several years. 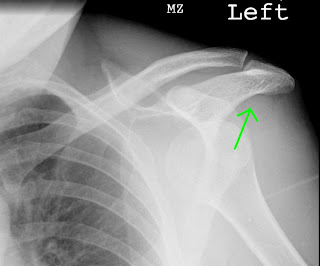 This is my friend's shoulder while dislocated. The green arrow is pointing to where his upper humerus should be, against the clavicle and shoulder bone. 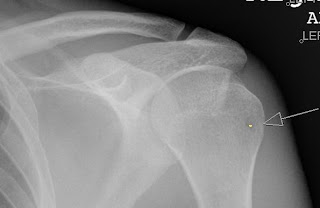 Here is the shoulder after the humerus has been set back in place. Everything fine there. However, the radiologist noted an abnormality, which you can barely make out... 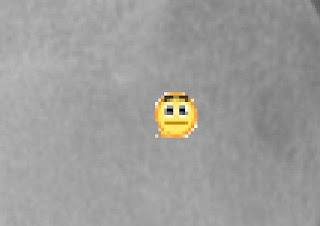 Here is a close-up for your review. The radiology report is as follows...


The humerus has been correctly readjusted, with the epiphyseal line in proper alignment with the anterior acromion.

On the posterior neck of the humerus, there is a 1.5cm lucency, which appears to be a Google Chat 'ambivalent' face. This finding is non-specific, although an MRI should be ordered if clinically indicated to check for possible progression to 'perturbed' or 'downright furious.'