Finally -- My Life is Awesome

Well, everyone, I did it. That's right: I left my stupid job, moved to Iowa, and I am now the big guy himself, Chuck E Cheese! I cannot tell you how happy I am. I finally feel free; I finally feel that life has meaning.

I think we've all felt at one point or another that we're trapped in our lives, that we're just going through the motions, that there must be something better out there. Well, I was just awesome enough to take the initiative to go out there and get that something better, unlike you, who presumably is still sitting in your same desk at your same stupid job eating the same stupid snack you always eat right about now.

After quitting -- which was extremely difficult to do as my boss was convinced I was joking -- I went straight to the Port Authority and bought a ticket to Iowa. I said, "one-way ticket to Iowa please." And the guy was like, "where in Iowa, sir?" And I was like, "Yes, that's correct!" Anyway, the entire trip I was sitting on the edge of my seat, so excited to get to Iowa and start my search for the nearest Chuck E Cheese. 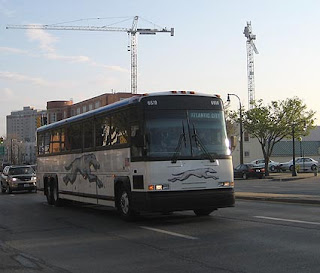 The bus heading towards Iowa

Well, believe it or not, the time flew by as I was just so excited and happy. As soon as we made the first stop in Iowa in a town called Plushville, I immediately started walking around asking where the nearest Chuck E Cheese was. Someone named Cheeters said he admired what I was trying to do, so he gave me a lift to Skeetsville, about a 1 hour drive, which is where the nearest Chuck E Cheese was. 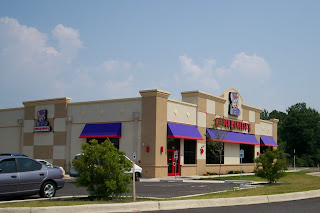 Skeetsville, Iowa, home of one of the finest -- if not THE finest -- Chuck E Cheese's

When I walked in to the Chuck E Cheese I asked to speak to the manager about a job, and they must have seen the determination on my face, because within minutes I was sitting with the man in charge, Don Olrich. 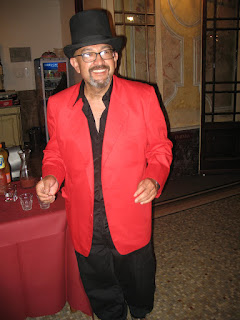 Don Olrich, Manager of the Skeetsville Chuck E Cheese
Now Don is a wonderful man, full of enthusiasm and pride. I said, "Mr. Olrich, I want the job." He said, "Son, I'd be happy to have you on our team. How does a head waiter position sound?" I looked Don right in the eye: "Mr. Olrich, I want the job." He looked at me for a moment; we stared into each other's eyes. "Come with me," he said.

I followed Don down a long corridor until we got to a door. Don put his hand on some sort of fingerprint scanner, and he had to say a few words for voice recognition. Then the door opened and we walked into yet another corridor and reached yet another door. Now there was a retina scan, and then the door opened and it was the Chuck E Cheese wardrobe room. Needless to say, I was in awe.

Don said, "Son, this is it, this is the real deal. Once you start, there is no turning back. Are you sure about this?" I said, "Sir, I've never been so sure about anything in all my life." He said, "Great. You start tomorrow. Starting pay is $7 an hour plus 50% off food."

Well, I've begun my new life and I am thrilled. Now I know what it feels like to be alive. I feel sorry for all you people, but you have no one to blame but your pathetic selves. Hahaha! 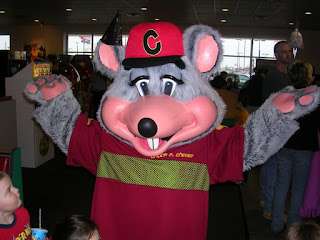