Hey everyone! Things are going great at the Skeetsville Chuck E Cheese! Okay, I'll admit, these kids are really feisty and...let's say particular. Also, man, I'll tell you, some of the parents are really intense. But I'm sure it's just because they love their children and want the best for them, not because they are controlling, overbearing, shallow, egotistical jerks. Yeah, but really, this is still just the greatest job/life in the world!

Anyway, the other day Don called me into his office. He had this to say...

"Look, you're doing great work, but we're going to be making a couple of adjustments. First, we're going to be adding a new Chuck E costume to the mix, just to spice things up a bit. Also, times are tough right now, so I've signed a deal with Progresso Soup Corporation. Now, Chuck E is going to be carrying around cans of Progresso soup. Also, every 20 minutes or so, you're going to have to have a bowl of soup, in addition to our pizza, because we don't want people thinking they should eat Progresso soup and then not eat pizza when they get here."

Anyway, I'm a little stressed about this, and I wish Don could have talked to me about this before going off and signing a deal with Progresso. I mean, I am Chuck E, and it would be nice to be consulted, but oh well, I guess my opinion doesn't matter. But still, Don is awesome and so is this lifepath. 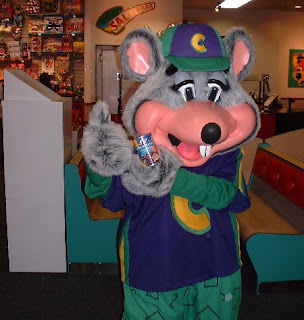 Here I am in the new costume, holding a can of Progresso black bean soup

Also, I've been asked to make a correction. In my last post I talked about two great guys who work here. One is Brandon. The other I incorrectly labeled "Jason." As it turns out, it is spelled "Jayson," with a "y," and Jayson really likes his name to be spelled correctly. 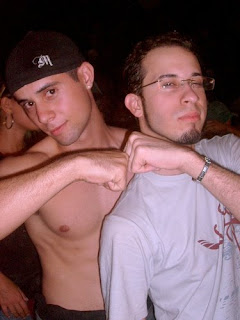 There's Jayson on the right. Sorry about the mix-up, Jayson!

Anyway, Tottles has been taking our signature marinara sauce and spelling out "Jason"-- without the "y" -- on napkins and placing them all over the kitchen. At first, Jayson kind of chuckled, but the other day I guess Jayson had had enough and walked over to Tottles. I can't really repeat what he said, but he was definitely upset. Also, Brandon tagged along and kept saying "I've got Jayson's back, yo!" Tottles just did his famous pulling-up-the-pants routine and ran away laughing.

Yeah, these guys. Too much! Haha! 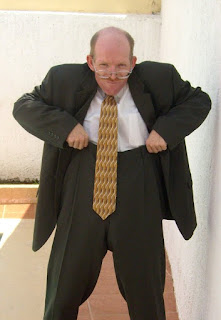