Slate has a really cool slide show about fight sequences in movies. I would definitely check it out. It has clips from Raging Bull, Matrix, Batman Begins, one of the Bourne movies, among others. Very interesting.

Here is a brief list of some of my favorite cinematic fights...

2001: A Space Odyssey - -probably a depiction of the earliest fight in human /apething history 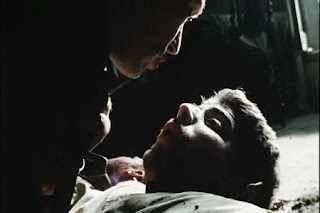 Saving Private Ryan -- it might be said that fight scenes should be exhilarating, cool and other enjoyable things. This fight scene towards the end of SPR is actually extremely upsetting, but still should be noted for the impact it has 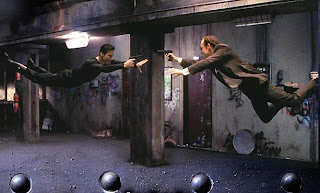 The Matrix -- I did not enjoy the sequels, but I thought the first movie was very enjoyable, and the extended fight scene and chase at the end is really good, especially when Neo is like "no!!" and goes major Zen kung fu on the agent 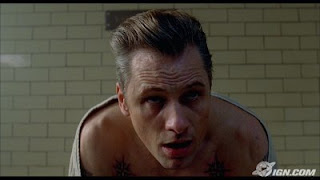 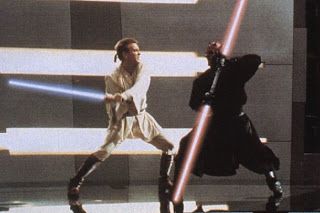 The Phantom Menace -- the final duel with Darth Maul, Obi-Wan and Qui-Gong may be my favorite scene in all the prequels, perhaps even in the entire series! 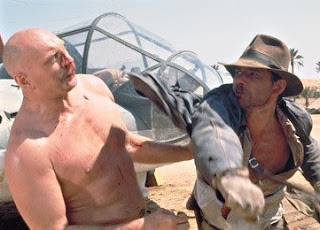 Raiders of the Lost Ark -- very funny, and the bad guy meets his end in a not very enjoyable way; at least not enjoyable for him, i enjoyed it immensely
Newer Post Older Post Home