Walking Up & Down Manhattan and McDonald's

Hi. In the past I have walked the entire length of Manhattan, a distance of 13.5 miles. I documented such a trip last week. For a while I've wanted to make a round trip - to go all the way up and then back down. Yesterday that is exactly what I did.

Some general remarks: it started out a little chilly but by the end of the day it was fairly nice out. Also, by the end of the day my legs were hurting quite a bit. I started at 7:55am and finished at 4:50pm. I made 4 stops to go to the bathroom, pick up a sweatshirt at my apartment, and eat, but I never sat down. At about 12:15 I purchased 3 McChicken sandwiches at McDonald's, and also a fountain diet soda. But I took these items on the road and ate while walking. Later in the day, at 4:32, I stopped at McDonald's and purchased another fountain diet soda. Interestingly, later that night, long after my walk was concluded, I went back to McDonald's and had two more McChicken sandwiches, another fountain diet soda, and also a hot fudge sundae. I don't know.

Anyway, a certain person suggested to me that I take a picture every hour during my walk. Here are those pictures. Nothing too exciting. One funny thing I did see during my walk was a middle-aged fellow wearing a t-shirt that said 'Russia!' on the front. I just thought that was funny, with the exclamation mark and all. Russia! 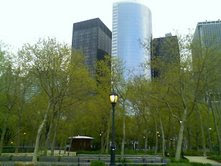 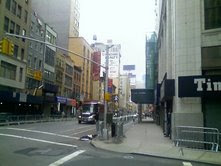 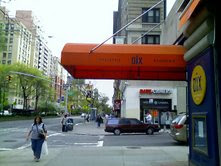 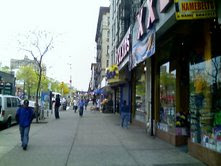 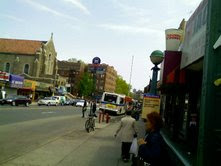 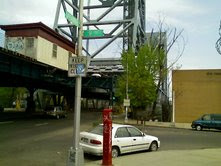 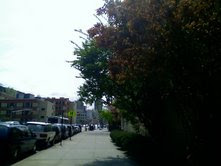 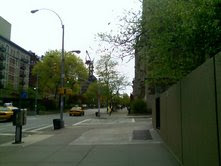 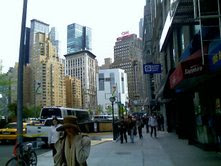 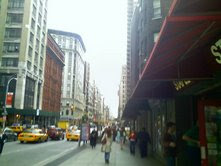 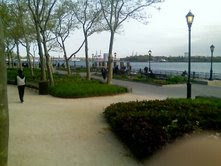 In conclusion, this was something that I did. All my eating at McDonald's probably erased any of the health benefits. While walking, I ran into someone I had met the night before at a dinner party. The person who hosted the dinner party was someone I ran into last week while I was walking down Manhattan. Slightly funny.