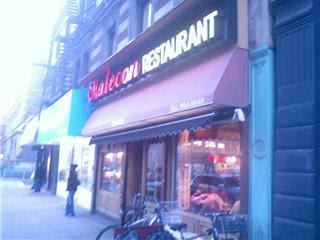 An extensive menu is offered, but I can never seem to order anything other than the roast chicken with an order of tostones (tostones being fried green plantains, which I tend to prefer over sweet plantains)

I really love tostones. I have actually made them, which isn't so hard to do. It is a good idea to eat them with a garlic sauce, consisting of olive oil, lime juice, fresh garlic and salt and pepper. In the picture below you can see the fresh garlic from the garlic sauce I poured on top of my tostones at Malecon. 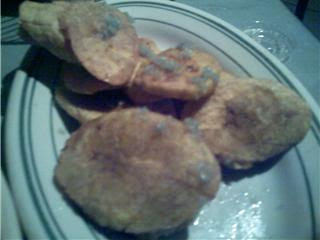 I wish I could order something else from Malecon but I am just obsessed with the chicken and tostones. It is sort of a comfort meal for me. Oh well, there are worse things in the world than feeling compelled to always order the same thing at a restaurant.

Anyway, coming soon is an epic post on pants and the length a man will go to - that man being myself - to find a perfect pair or trousers.