The whopped topping itself?  It's totally good. But is it any better than Cool Whip?  Probably not when it comes to the taste, the product itself.  But the whole Trader Joe's milieu makes it seem better; makes the whole experience so much more fun and delightful.(Please note:  this in no way implies that there aren't any Trader Joe's products that are superb and far above the rest: many are.  It's just that some are really quite comparable from a taste level, but rise above due to the branding and Trader Joe "feeling.") 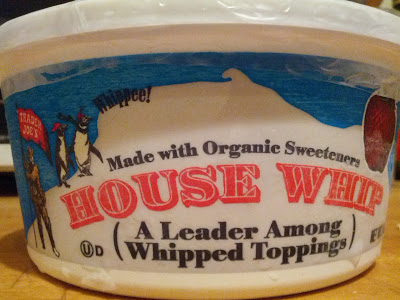 Upon procuring this House Whip, I knew a sundae would be in order.  But what kind?  Yes, I asked myself that same question.  I decided to purchase some graham crackers, which I would crush at home to add a delightful crunch component to my sundae.  I found some cinnamon Graham Crackers and thought the cinnamon would add a delightful accent. 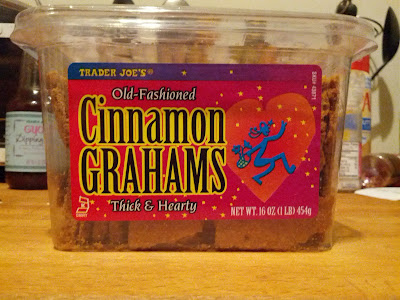 I literally ran home because I was so excited to make my sundae. I pushed over at least three old women and trampled over an infant. When I got home, I placed some of the graham crackers in a Ziploc bag and proceeded to pound the crap out of this bag with a frying pan.  Then, I sprinkled the remains on top of some vanilla ice cream, added the House Whip, and then drizzled some chocolate syrup on top.  It was a leader among sundaes. 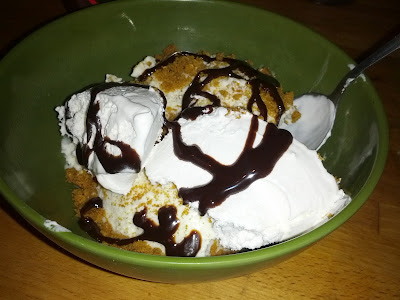