It is October, meaning it's the fall, meaning Shake Shack is carrying their beloved pumpkin custard.  I had it last week with shortbread cookies, and it was, as always, divine.

The city is shutting down the transit systems, grocery stores are jammed with people, sandbag walls are being raised, etc.  I decided to go for a little inspection, and so I rode.  As I moved south, I remembered a comment a friend made the other day: "Shake Shack currently has an apple pecan topping as their seasonal fruit mix-in."  Clearly, I knew what I had to do, and directed myself towards the Madison Square Shake Shack.  This is the ideal Shake Shack to go to when you're on your bike, for you can just walk right up to the window and order and not have to worry about locking up your steed.

As I dismounted and entered Madison Square Park, I noticed there wasn't a ton of activity around Shake Shack, but that was to be expected.  At this point I was thrilled for my custard with apple and pecans, a truly perfect fall, pre-hurricane treat.  I walked towards the stand, and noticed a gentleman taking down some Shake Shack signage.  My heart sank, and I quickly looked at the ordering window, which just that moment was being closed.

"Dear god, no" I said.  A lady apologized profusely but admitted they had just closed.  I hanged my head and walked away.

I have had my share of cream tragedies, and not a few have been at Shake Shack, but at that moment I had never felt so low.  Damn these systems; damn them to hell! 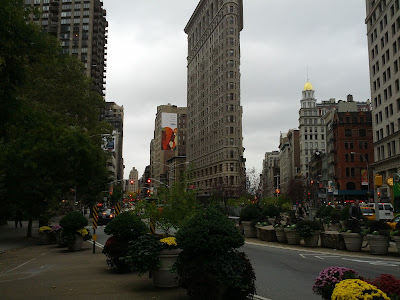 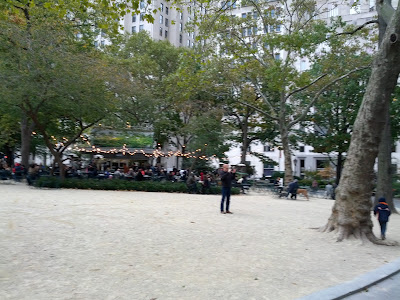