Lately I've become interested in the idea of "clubs." Not dance clubs, although I like those too and I'm a frequent patron of New York City's most happening joints. Rather I mean hobby clubs. I think clubs are nice ways of being friendly and sharing mutual interests. A couple of months ago I mentioned a chess club. I've also recently become interested in Civil War clubs, and I happen to be joining one that meets every month to listen to guest speakers discuss this greatest of American conflicts. I also just joined a Star Wars Meetup group. I'm sure this completely violates various terms of service, but this one guy who is a member of the Star Wars group has the following picture and profile and I found it humorous: 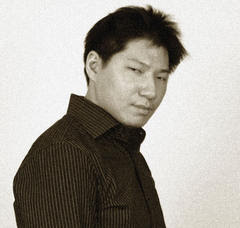 "I enjoy elements of the Star Wars universe."

You enjoy elements of the Star Wars universe? You don't say! Anyway, I hope to meet this fellow at the club and find out exactly which elements he enjoys. I for one enjoy the elements of the Force, lightsabers, Jedi Knights, Sith Lords, and the elements of saying things like "The circle is now complete" and "Your powers are weak."

May the Force be with you. In fact, may it be with us all.
Newer Post Older Post Home