The Mysterious Case of the Steamed or Seared Dumplings 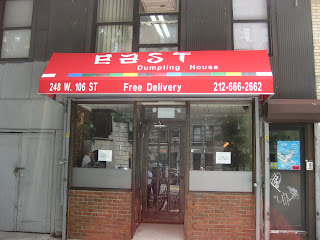 Um, this place has serious issues - but the dumplings (steamed or seared or whatever) are pretty good
Hello, friends.

This dumpling house has 5 dumpling varieties, and on the menu it seems that you can have them steamed or 'seared' (which adds $1 to the price). 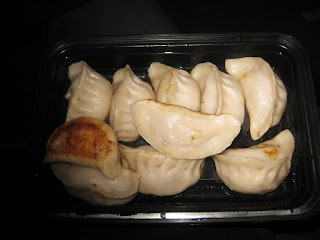 Um, these seam seared, not steamed.

Well, I went to this dumpling house again today. My two friends ordered pork with chive dumplings, and when I tried ordering seared shrimp and pork dumplings, I was told they only come steamed (I was also told that the only dumplings they actually sear are pork with cabbage, chicken with green pepper and vegetable).

Anyway, the steamed dumplings came, and this time they really were steamed, as you can see from the following picture... 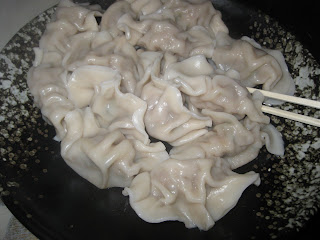 I feel confused right now and I think I am going to check myself into a dumpling treatment facility.