Why hello there. This weekend I went to Philadelphia and I kept asking myself the following question: Why in the name of goodness do I live in New York? Philadelphia is nice, cheaper, more quiet, less stressful, has better tacos and is less stressful.

Here are some pictures from my trip. There are no pictures of my friend because he was embarrassed to be showcased in this blog. Whatever. 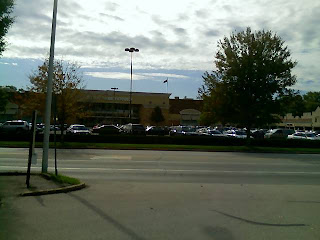 My friend who I stayed with does not live in the city, but rather about a 15 minute train ride outside. His building is right next to this fabulous suburban strip mall, replete with a Borders, a Bed Bath & Beyond, an Old Navy, a pretty good bagel place, a pretty good diner, a U.S. Post Office, etc. 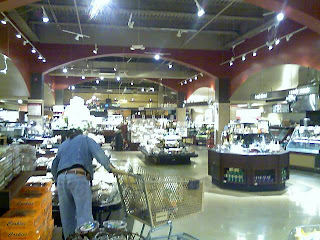 This is from inside a grocery store, also right across the street. I almost had a panic attack when I was shopping for treats -- so big and so few people! Open space! Ahhhh!!! 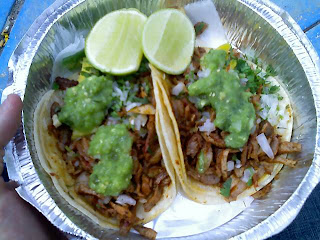 I got these tacos on South 9th Street below Washington Avenue. These were the best tacos I have ever had. Yum! 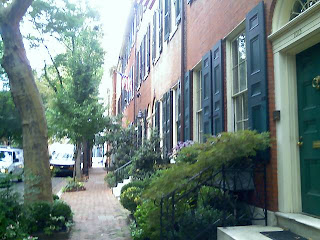 Isn't this a pretty street? I thought so, too! Oh, you don't think it's pretty? Well screw you, then. 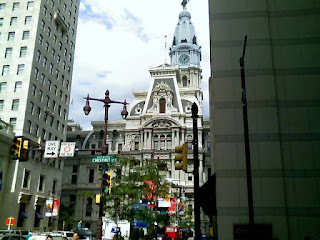 This is the City Hall. Um, that's it. 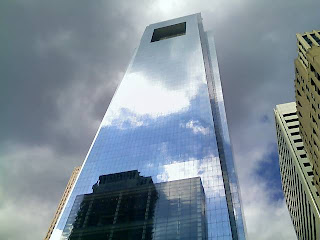 This is the new Comcast building. Um, I think that's also it. 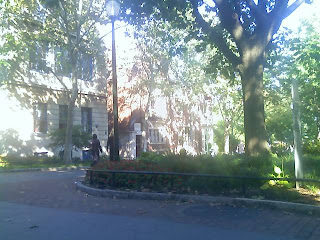 This was taken at the UPenn campus. Sadly, I can't think of anything else to say about this, either. 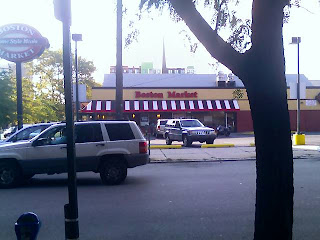 This Boston Market was about a 3 minute walk from the UPenn campus. I wonder if this is the closest Boston Market to an Ivy League school. If so, UPenn should automatically be rated number 1 according to U.S. News & World Report.
Newer Post Older Post Home