We've seen the debates, we've read the websites, we've watched the news. It is pretty clear where the candidates stand on many of the key issues, but it's been pretty disturbing that a major issue -- perhaps the most major issue -- has been completely ignored by the media: Dunkin' Donuts policy.

After days of exhaustive investigation (let me tell you, the McCain campaign was not very willing to give access to their donut plan) I have learned about some key differences between the candidates... 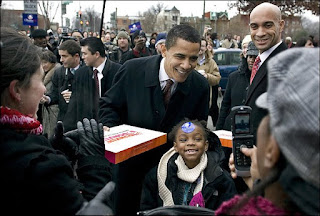 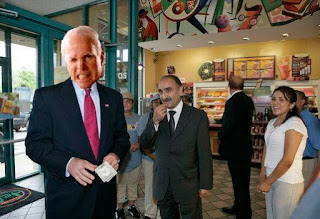 McCain
FAPPAF is a bipartisan blog, so I will refrain from saying which candidate has a "better" stance on this issue. Let me just put it this way: Obama = more donuts for the middle class; McCain = more donuts for the wealthy. And despite any protestation from those in the McCain camp of trickle down donuts, I think we can all agree that is a completely bogus claim.