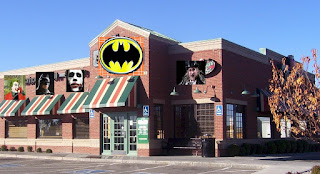 The menu is as follows (beware, this is really bad):