The Story of Howard Mytummyhurts 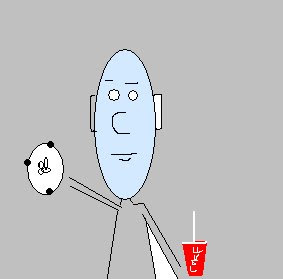 Once there was a man named Howard Mytummyhurts. He started writing stories on paper. And then, over time, all the ink started to fade and the paper was crumbling. So he started writing his stories on a computer and made thousands of copies on CDs and DVDs and USB drives but all of these things started to fall apart. So then he was etching things into rocks but the rocks withered from the wind. And then he invented a way to store information in the sun, but the sun blew up. And then he invented a way to store information in an electron but there was a big crunch and that was that. And then he was like, you know what, this is silly, I’m going to the beach and I’ll just watch the water and drink fountain diet sodas until I die.