Whenever I want a reminder of how my life has fallen short, I always check out the NY Times wedding announcements.

Here is what a typical announcement is like (please note this is completely fabricated and I found this picture on Google and I hope these people don't mind me using it) : 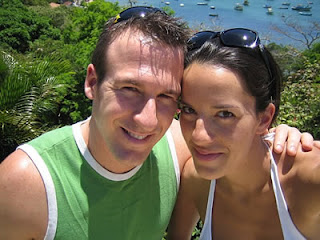 John Winthrop and Jennifer Lewis were married at St. Patrick's Cathedral on Sunday.

The groom, 33, earned his B.A. and M.B.A. at Yale and manages a hedge fund and owns an apartment on Park Avenue, a house in the Hamptons, and a timeshare on a tropical island. His father, Mr. Winston Winthrop, also goes by the name of "God" or "Lord," and controls the universe. The mother, Mrs. Nancy Winthrop, runs a philanthropic organization for children who have digested poisonous toys from China, although -- thank goodness and of course -- her children, nor the children of any of her friends, ever digested toxic G.I. Joes or what have you.

The couple met through a mutual friend, John Barry, who works at the hedge fund Mr. Winthrop manages. "Throughout most of the first date, I was like, he seems all right, but then at the end he said something really sweet, I forget what, and I knew he was the one," Mrs. Lewis, who will be keeping her name, said.

Anyway, as you can see, after reading one of these you realize there is no point to you existing. I am hoping that the Times starts running announcements like this... 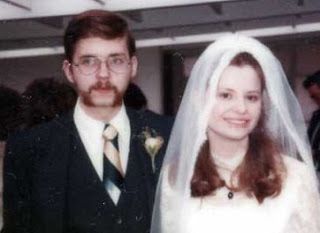 Brad Polaski and Susan Chepper were married at Newton Church in Newton, West Virginia on Sunday.

The bride never graduated from high school and has worked at various odd jobs in town, including a stint at Kmart. Her mother, Mrs. Bertha Chepper, currently is unemployed and receives disability benefits for an overactive thyroid. No one, including the mother, knows who or where the father might be.

The groom, a corporal in the Army's 5th Battalion, recently returned from Iraq after his third tour of duty. He is currently being treated for Post Traumatic Stress Syndrome, but chances are excellent, says Staff Sergeant Tom McRay, that he will be called back to Iraq in a few weeks. The father, Mr. Lance Polaski, is a mechanic at Joe's Autobody, although word has it that Joe is very unhappy with Mr. Polaski's work as of late. The mother...you know what, it's not even worth it.

Quite frankly, who cares how they met, because we all know how this is going to end.

Ah, that's more like it. Now I feel a little bit okay about my life.

*(Just as a side note, I am not trying to disparage people who work at Kmart, who are in the military, or who receive benefits, etc. Although, if you do live in West Virginia, that is something to be embarrassed about.)
Newer Post Older Post Home