Anyone who knows me well knows I am extremely ambitious, goal-oriented and hard working. I make huge plans and I do not quit until I have succeeded. In a previous post I discussed a failed attempt to eat Trinidadian food in Queens. Given my 'go-getter' personality, I of course had to go back and, this time, prevail. And prevail I did, eating at not one, but two, Trinidadian establishments in Ozone Park, Queens.

Here are some pictures for you to enjoy, or at the very least view, as I'm not sure they're so enjoyable. 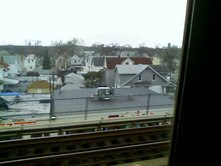 On the subway, getting close 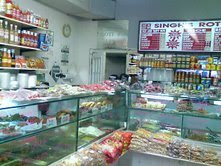 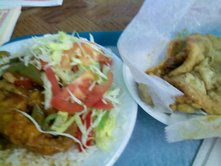 I got stewed fish and a double, which is a doughy thing filled with chick peas 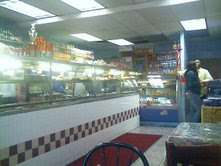 This is another place where I got 2 doubles 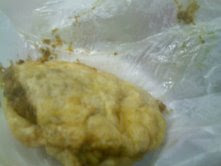 One of the doubles 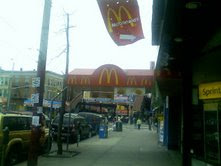 I was feeling like a stranger in a strange land, so I stopped at McDonald's and ordered a large Diet Coke

Anyway, I feel like this was a ridiculous post with absolutely no point. I suppose it could be argued that none of my posts have a point. But writers at major media publications would make fun of this post as a stereotypical food blog post. I don't know. Anyway, you can tell my life is pretty silly and is spent going on food 'adventures' which really aren't even that dangerous. And, to make matters worse, there are about a million 'stereotypical' food blogs that are much better (for example, Eating in Translation or The Wandering Eater). Anyway, have a nice day!