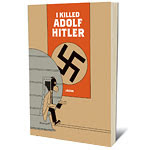 I ordered this graphic novel, written by a Norwegian author named Jason, from Barnes and Noble, thinking it would take a couple of days to arrive. Anyway, I got an e-mail saying there was an 'unexpected delay' and it won't arrive until the 10th of April. This is unfortunate because I cannot wait to read this.

You can check out the first chapter, which I HIGHLY recommend, courtesy of New York Magazine.

The premise is this: a secret agent goes back in time to kill Hitler and Hitler gets on the time machine and goes into the future. The agent had been warned there is only enough power to get back in time and back to the future once, meaning, it seems, that the secret agent is permanently stuck in Nazi Germany, while Hitler is permanently stuck in modern day wherever. 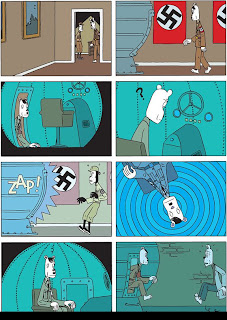