The Chronicles of Roast Chicken

Many think of roast chicken and think of an American dish, or perhaps a French.  A roast chicken with some root vegetables, the vegetables basting in the poultry juices -- how Anglican or Continental could it be?  Is that how you think of it?  Well, if so, I'd like to impale you with my sword you son of a bitch!

A roast chicken belongs to all peoples, all cultures, from all corners of the globe.  Indeed, some of the finest roast chickens come from outside the Western world.  I've chronicled the wonders and delights of Peruvian roast chicken in these tales, as one example.

A new restaurant has opened on the Lower East Side by a chef of undeniable talent and fizzle.  His name is Danny Bowien, and his first restaurant in New York, Mission Chinese, covered, in various ways, the cuisine of China.  Now he's back with Mission Cantina, a Mexican and Latin American-influenced parlor.  It's a fun place, and one of the things always mentioned in the reviews which are spewing forth from the food world is the roast chicken stuffed with rice and chorizo. 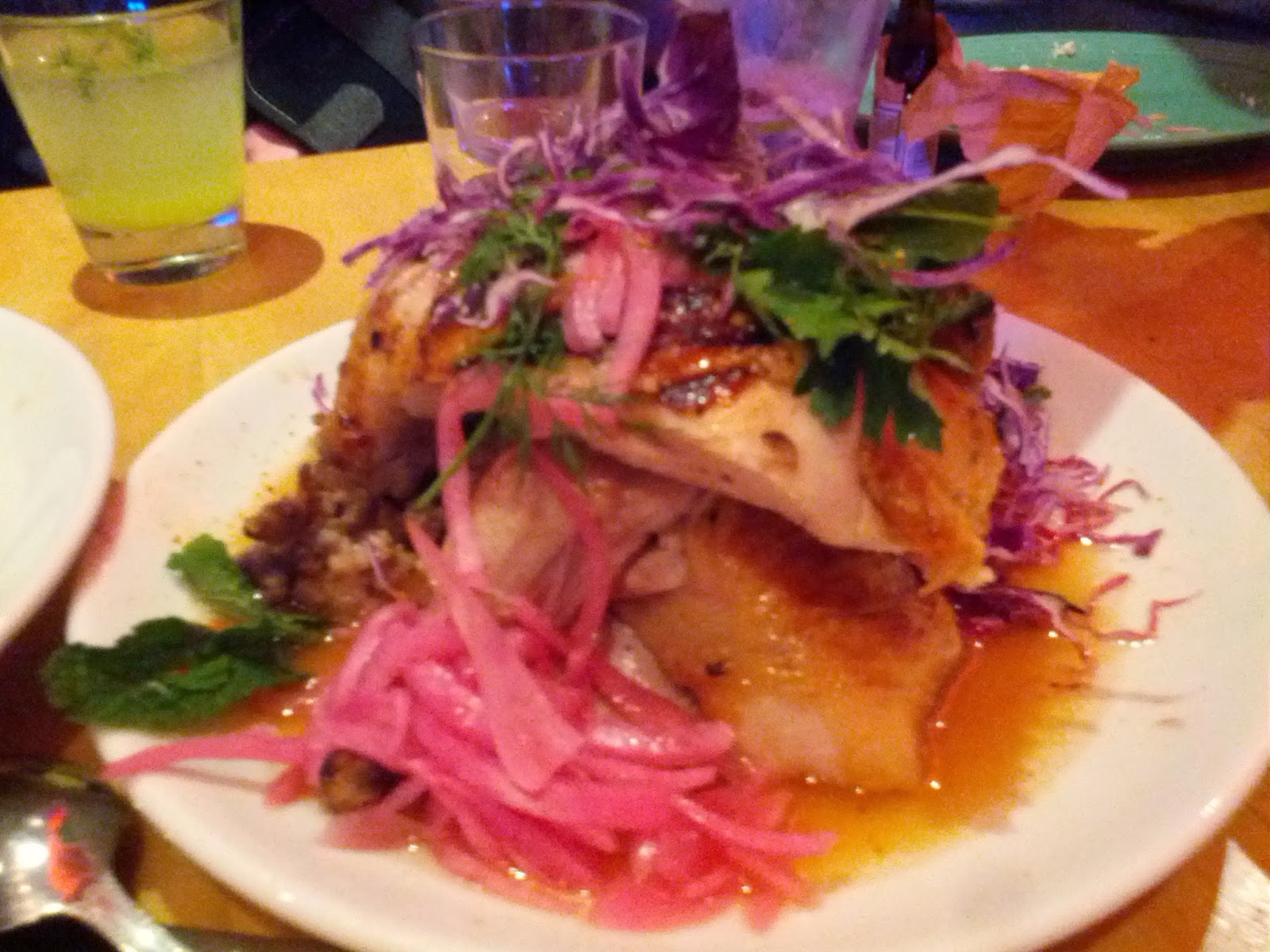 I often do not showcase pictures in my chronicles, but felt compelled to do so for this Mission Cantina chicken.  If nothing else, it was a visual masterpiece.  But how was the chicken?  It was a good chicken.  The meat was plump and tasted of well-salted poultry.  The pickled onions were a pungent contrast which cut the richness of the meat.  The rice soaked up juices, although I couldn't taste much chorizo.  Was this a mind blowing bird?  No.  But it was a good, homey bird which tasted like I was eating in my grandmother's house in Mexico (granted my grandmother is dead, she wasn't from Mexico, nor did she ever have a house there).

What has been the moral of this tale?  Well, for one, there are many good roast chickens which are not your basic, "American" or "white person" roast chicken.  Two, I will most likely impale you with my sword no matter what.  To adventure!
Newer Post Older Post Home