Hello, friend-o. I had a pleasant weekend and I hope you did, too. If you didn't, that's too bad, but really it doesn't matter that much to me. I'm really just concerned about me having a nice weekend. 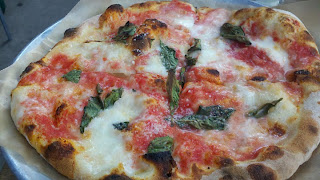 On Friday I went to Co. This was the second time I've been, and my general impression is that it's good but not great. For my Yelp review, click here. 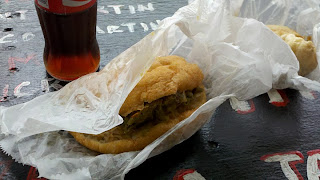 On Saturday I went to two Trinidadian restaurants in Bed Stuy. The first was A & A Bake and Doubles (pictured above), where I ate some bakes and doubles (you have to eat the bakes first or else they get really mad and scream at you). The second place I went was Trini-Gul, where I ate a bake and shark. At this point you may be asking, what is a "bake?" It's a soft, pillowy bread, similar to a nan.

Afterwards, I was very tired so I purchased a bake and used it as a pillow so I could take a nap out on the street. When I woke up there was a lot of whipped cream on my hand and face, and I think someone urinated on me. No matter. I walked around a bit and happened upon a statue of Ulysses S. Grant, one of my all-time favorite generals! -The End 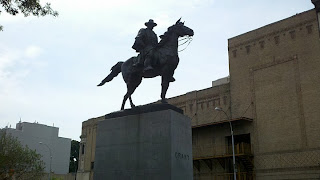