Hi. Not much today. However, I should more than make up for it tomorrow when I release perhaps my most accomplished film to date. No, it's not the Chronicles of Detective Snuggles (such a massive undertaking requires incomprehensible amounts of pre-production). Yet, if I may say so myself, tomorrow's release will be an epic of a rather different sort, starring a new character that's sure to become a new favorite: Peppers Frodo.

Anyway, what I do have for you today is the following... 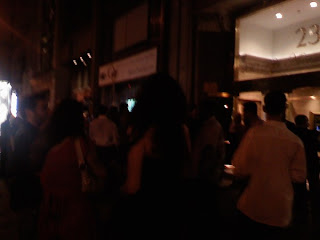 A friend of mine was in town this weekend and was having a gathering at 230 5th, which is a rooftop bar on 5th Avenue around 27th Street, I believe. Anyway, I got there at like 11 and there was a line wrapped around the block for the general public, in addition to a smaller VIP line. I quickly called my friend and said I'd rather die than wait in line and enter. I did, however, stand outside and get quite a chuckle, looking at all the "peeps" getting ready to go into the club. I started singing Usher songs to get people in the mood. 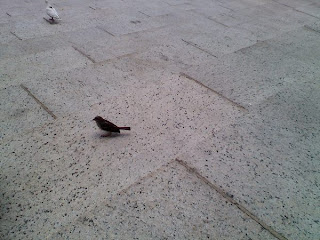 I was eating lunch outside a little while ago and this bird wanted some of my sandwich but I said, "no, bird, you cannot have any of my sandwich!"