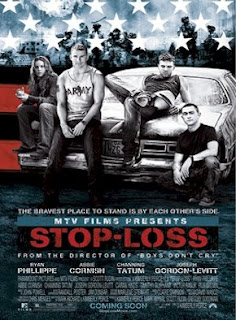 Hi. Last night I kind of watched Stop-Loss, a film about an Army sergeant who returns from Iraq expecting to be discharged, only to learn he is being ordered on another tour of duty. I say 'kind of watched' because I wasn't totally paying attention, but from what I could tell it seemed like a decent film.

Later in the evening I was putting together my socks after doing laundry, and I had 4 socks that didn't have matches. I know this is a common problem, but with me I think it borders on pathological. There is no reason why I lose so many socks.

Anyway, MTV Films has just agreed to finance a script I wrote called Sock-Loss, about the devastation incurred from losing socks. 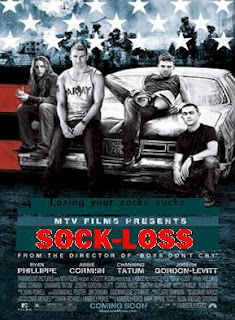