Hi. I hope you had a nice weekend. Yesterday I went on a falafel walk. A falafel walk is when you walk and along the way eat falafel. But actually, I didn't eat falafel until the very end, so perhaps I did not go on a falafel walk. Perhaps it was more of a falafel quest, but actually, I didn't decide to eat falafel until the very end, so perhaps quest is not the right word either, because that would seem to imply that I went on my walk with the sole intention of going somewhere to eat falafel, and that's just not the case. Maybe it was an accidental falafel quest. But is a quest ever accidental? I think not. So what was it? It was something, I think. 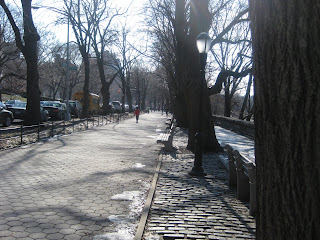 I started in Riverside Park at 101. 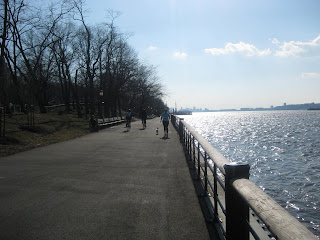 I then walked along the Hudson River, going south. 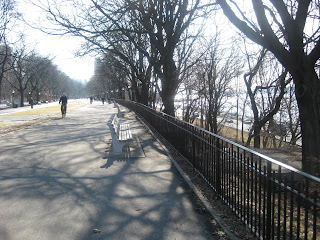 Sadly, there was a detour, so I had to go back up into Riverside Park for a while. I was soon able to get back to the water. 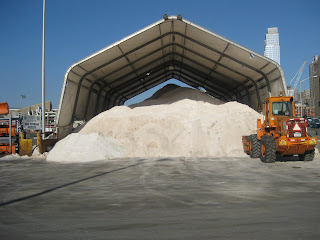 The walk took a turn for the more scenic - a salt shack, not to be confused with the Shake Shack. 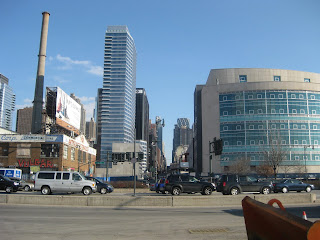 Heading back to civilization... 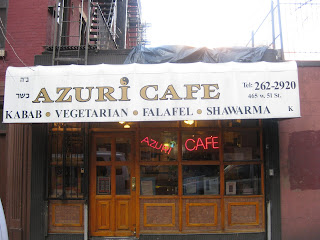 "Oh, look, I've heard of this place! I think I'll go in and have some falafel!" 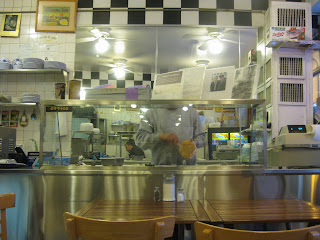 It was really weird, but the guy taking orders and making the falafel didn't have a head. 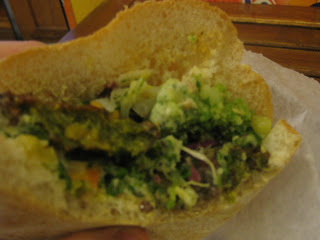 The falafel pita was really good. 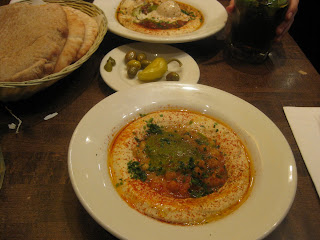 Later in the evening I had hummus. Hummus, from what I understand, is related to falafel in various ways. So basically, I had a very chickpea-ish, Middle Eastern-ish, day-ish. That was stupid - I should delete that.
Newer Post Older Post Home