Hi. So as I mentioned below, I went to a Japanese curry house last night. What I failed to mention, however, was that I had a Japanese soda! 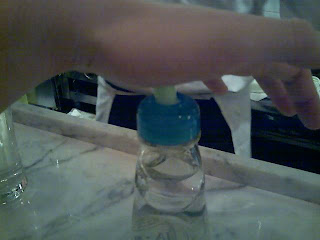 To open it, you had to press down on this green thing, which in turn pressed down on this marble that was keeping the bottle closed and pressurized. Once you pressed hard enough, the marble was released and there was a loud "POP!" sound. POP! 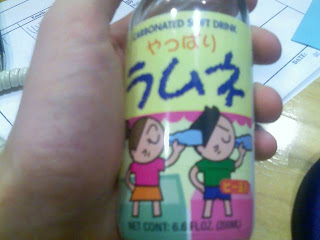 I took the bottle home with me because it was too good to simply send back for recycling. I brought the bottle to work and it has been delighting me all day. POP! 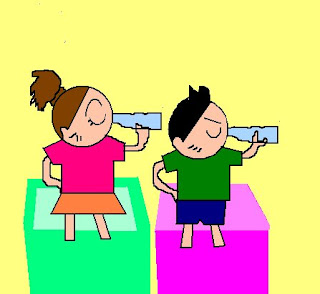 Here is a little rendition POP! of the bottle POP! I whipped up on Microsoft Paint POP! ('whipped up' meaning it took me about 3 hours POP!).