My Diary is Much More Impressive and Hip than Her's 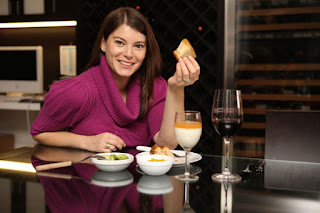 Gail Simmons is a delightful young lady who co-hosts Top Chef, basically does whatever she wants for Food & Wine magazine, and basically just has the best life in the world.

NY Mag's food blog, Grub Street, has published her diary of eating out for a week.

I thought I would share my own eating out diary...

Saturday, November 1 - Woke up early. Had a TON to do. Stared at the ceiling for a while. Went to a Starbucks, got a latte and a pumpkin scone. Wanted to have a meeting, didn't have anyone to meet with, so I hired some neighborhood kids to come to my office and have a strategy session with me. Tried going to Babbo but they refused to seat me. Date bailed on me. Went to McDonald's.

Sunday, November 2 - Really busy day. Had to buy some laundry detergent and tooth paste. Lunch at IHOP. Had to meet with some VIPs during the afternoon (landlord, NYPD, etc.). Tried eating at Perry Street but refused to seat me and called police.