Food&Pantsman here, logging a special report from the New York Film Festival. This blog was awarded special access to the closing night screening of The Wrestler, the new film by Darren Aronofsky (Pi, Requiem for a Dream, The Fountain). Anyway, if you haven't seen The Wrestler, you must -- it's like looking into the face of god and seeing him smiling back saying you are my most wondrous creation! 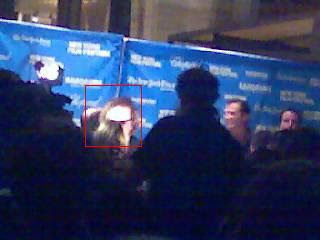 An exclusive, up-close photo of Mickey Rourke. Mickey was such a nice guy, and let me tell you, his performance in The Wrestler will knock your socks off. 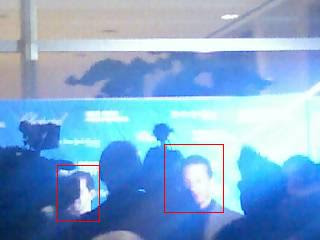 I really enjoyed conversing with Darren Aronofsky and his wife, Rachel Weisz. Things were going really well until Rachel asked me on a date, which was a little uncomfortable with her husband standing right there! Anyway, I'm taking her to Red Lobster on Wednesday, but it would have been a lot easier if she had discussed this with me when Darren wasn't around.
Newer Post Older Post Home