The Man Who Became Obsessed with Bats 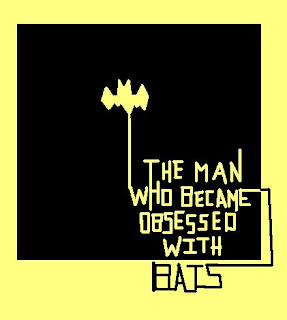 My Batman re-imagining is now well under way. Some tidbits of the story...
If you are wondering if I have a soul, the answer is most likely no.
Newer Post Older Post Home