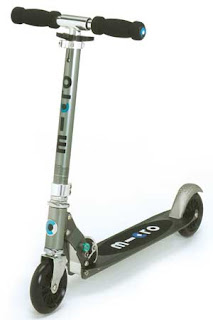 I was walking to work this morning and was stopped at an intersection where some cars were going by. I often see this father and daughter on scooters, and they were coming by and the dad stopped and said very forcefully, "STOP," so that his daughter wouldn't ride into the traffic. "Always look both ways!" he said. When the coast was clear he said, "Ok, proceed!" And off they went.

Anyway, I just thought that was funny. "Ok, proceed!" I tried taking a picture of them but my memory was full. Cursed fate.

Then I was at the supermarket and I decided to buy this chocolate I've often seen. It's called 'Kinder.' It was good. There's this white substance inside - some sort of milky cream stuff. Also, there were 4 bars, and each bar was individually wrapped! 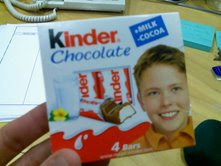 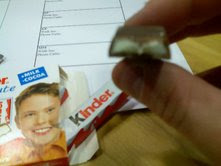