Last night I went to a really good Japanese restaurant called Soba Totto on east 43rd Street, right off of 3rd Avenue. It was on a rather non-descript block, and the exterior of the restaurant was also very non-descript. Inside, I felt like I had walked into an austere SamuraiNinja dojo cozy restaurant.

All of the servers and hosts were really nice and there was just a really cool, laid-back ambience. The food was really great. I had soba noodles in a pork-based broth. I also had this brocolli rabe stuff with black sesame dressing, and I also had a skewer of grilled eggplant. My friends also had some yakitori skewers, one of which featured chicken neck, which was chewy and good. 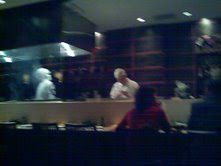 A view of the yakitori bar, where you can view the masters grilling meats and promises 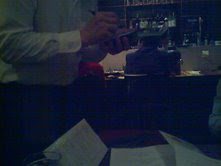 The servers take your order with a Palm Pilot 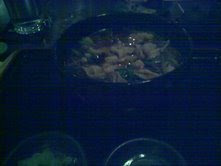 All in all, it was a splendid evening. We discussed the emptiness of modern life, and I mentioned my desire to be a SamuraiNinjaJedi. Basically, I just want to be a good fighter and have amazing sword fights in the rain. Then I would like to go to Soba Totto and have chicken neck skewers and brood about the inscrutable nature of good and evil. 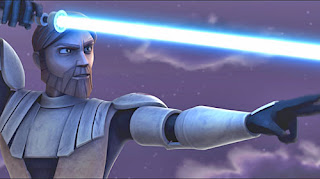