Hypochondriac Western In The Works

I am a rather big fan of westerns and have been ever since I watched 'Young Guns II' as a young fellow growing up in the hills of Pittsburgh. I have not seen Young Guns for quite a while, though my feeling is it's not one of the better examples of the genre. Still, it sparked my interest, and I have since watched many fine westerns (most recently the remake of 3:10 to Yuma, which I recommmend).

Anyway, I would like to write a western, and I think I'm going to. It will not be your typical western, though. I think there will be a gang and a group of lawmen who try to stop them. But there will be no gunfights that take place in the story. Instead, people will start dropping dead of cancer. So instead of pulling out a pistol and shooting someone, a person will fall over with a splitting headache (brain tumor). Should be quite good.

Also, I thought it would be fun to have a contest. The first person to guess what movies are shown in the following pictures will win 5 dollars. You may post your guesses in the 'comments' section. Goodluck! 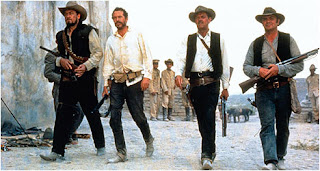 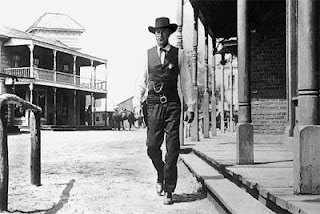 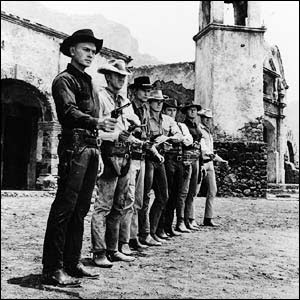 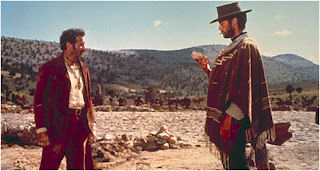